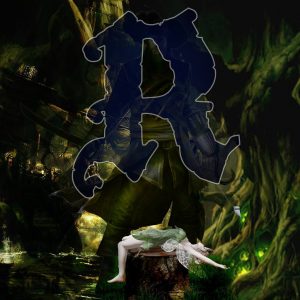 The Pirate King and his Grand Plan

It was many years ago that the boy who wouldn’t grow up did just that and the land once home to the brave, adventurous boy who could fly is now barren, empty and almost eerie. You see, everyone grows up and even Peter Pan decided to leave behind Neverland to do just that but that’s a different story. I am here to tell you what happened after Peter left. My name is Nhayti. I am the record keeper of the pixie world, tasked with the responsibility to record all the events that happened and now I must retell our story in hopes that you can save us.

It all started one morning when Concord, the newly and self-appointed (appointed through pistol, and the threat of death I can tell you) Pirate King had called together all the captains of his fleet onboard his flagship to take part in a special war council.

Once all the pirate captains had assembled in his war chamber, Concord came before them, dressed in his usual manner, all in black with a black coat etched with red trim, and on his bald head, he’d a long scarlet red scarf. It was because of that scarf he later became known by us as the Scarlet Pirate King. Eyeliner and make up he wore around his large blue eyes, and unlike others, he’d no beard but did have a very long blond mustache that hung down the sides of his face so that it always looked as if he was frowning. “Gathering you all while I’ve been wondering here,” he then said to his captains as he took up his spot at the front of the cabin.

That, of course, confused them all and they all sat there exchanging startled and confused glances with each other, none sure how to respond to that.

“That’s a joke,” the Pirate King then said in a firm tone. “Laugh!”

They all did, and it was unsure and nervous laughter that filled the cabin for a moment and then Concord slammed the palms of both hands down on the table, silencing them at once.

“Captains, my captains of my fleet,” Concord The Pirate King then said as he stood upright. “I have called you here to tell you of a vision I have had. Yes. It was this very morning, while taking my bath that I suddenly realized why I am destined for magnificence.”

Someone snickered at that, while the others glanced around at each other, unsure.

Smirking as he began to pace the Pirate King went on speaking, “That which I now speak of, gentlemen, is not just my destiny but the destiny of us all, for the greater good of us all, and that is the full and complete establishment of a pirate empire here in this world.”

“We have an empire here,” one of the captains said in a soft tone. “We are the only pirates in this world, and control—”

“Control What,” Concord shouted as he looked around the table. “Control what? The mines? The pits and ports? That is not control. I am speaking of complete and total domination of this world, for all of us. All of it from one shore to the other, from one horizon to the opposite, all of it ours! Under our control with me at the head of it as emperor.”

All the captains seated around the table looked at each other, not sure what to say to any of that.

The Pirate King went on. “I am talking about taking over complete control of Neverland and making it an empire from which we will reach out from, and take what we want, from whom and where we want it. As it should be. But one thing stands in our way. Do you all know what that is?”

Everyone looked around unsure how to answer at first, and then one captain suggested, “bad weather?”

“No, not completely, although that can hinder us at times,” Concord sighed. “At least you’re trying. Anyone else?”

“Churches,” someone blurted out.

Concorde frowned at that. “No,” he growled.

Concord looked up toward the rear of the cabin where a very portly small woman with long blond hair sat in a chair knitting socks—who glanced up at him and scowled at what she’d heard as if daring the Pirate King to agree with his captain. On the wall behind her was a framed picture with a hook in the center of it. “Umm, no,” he then said as he stood upright again.

Before he could ask another question or shout again, a man standing in the corner of the cabin, half hidden in the shadows blurted out, “Pixies, those annoying fluttering little glow bugs that they are.”

“Yes,” Concord then shouted happily as he swatted the tabletop before him. “Yes! Pixies. At least one of you here has half a brain! The Pixies have gotten in our way and hindered our expansion every step of the way. At first I thought it was that annoying flying freak and his stinky little friends, but they’ve been gone from our world for a while now, and still we’re only slightly better off than when they were here. The reason is the Pixies. They are holding us back—me back—keeping us all from fulfilling our destiny. This leaves us only one course of action; we must rid ourselves of them entirely. We must exterminate them completely, then we will have complete control over this world and I—I will be emperor!”

“Emperor,” one elderly captain scoffed. It was unclear if he was just scoffing at the word, or Concord’s suggestion that he should be emperor of all of Neverland.

The Pirate King glared at him for a long moment before asking, “excuse me, what was your name again?”

Swallowing hard the old man answered, “Ted, sir. One eyed Ted,” and as soon as he’d spoken his name the Pirate King drew his pistol from his belt and shot One Eyed Ted dead.

No one moved, reacted or said a thing about this.

“There now,” Concord sighed as he looked over at the man sitting at a desk beside him, writing in a book. “Let the record show that Captain . . . Ted, decided to take an early retirement to someplace nice, this day and so on and so on.”

“Aye sir,” the man said as he continued writing.

Concord then looked over at the man standing in the shadows, the same one who had answered his question about the pixies correctly. “You there. You were his First Mate, where you not?”

“Aye sir. Well I was, up until a moment ago,” the man replied as he stepped out of the shadows.

“What is your name,” asked the Pirate King.

Concord smiled at that, “Well Jake, congratulations, you are now promoted to Captain of the Pearl.”

“At your service, Sire,” the newly appointed Captain Jack said with a bow, and then stood upright and stepped over his former and now retired captain’s body and approached his seat at the table.

“Now where was I again,” Concord said as he looked around the table.

“Something about exterminating pixies and becoming emperor of Neverland,” Captain Jack told the Pirate King as he dusted off the chair and sat down in it.

“Right,” Concord said with a smile. “I now, before you Captains of my Pirate Fleet, declare all-out war on the Pixies. We must hunt them down and destroy them wherever they are. Burn every forest to the ground, pound every hill to dust and blast every burrow wide open. And then when they flee to their hidden kingdom, we will chase them there and destroy it once and for all.” That speech done with, Concord stood there with his hands in his coat pocket, looking around the table at his men.

Finally one man dared to speak, and said, “then they’ll be no pixies left in Neverland.”

“What,” Concord asked in a soft, cold tone.

“If we destroy the hidden kingdom of the pixies, then they’ll all die and there will be no more pixies left in Neverland.”

“No pixies left in Neverland,” Concord echoed, pretending to be saddened to hear this. “Oh dear me, a single tear rolls down my cheek. OF COURSE THERE WILL BE NONE LEFT! That’s the whole point,” he billowed aloud in rage. “How are we to fulfill our destiny? How am I to become Emperor of Neverland with them in the way, you stupid twit—I’m sorry,” he then said as he stood upright, his anger suddenly changing to what appeared unusual calm. “My apologies everyone, for that rude outburst. Bad form on my part. I simply must do away with having caffeinated beverages first thing in the morning. I simply must.”

No one said a thing to this. All the captains just sat there looking around at each other, none daring to move or speak.

Standing upright and drawing in a deep breath, letting it out slowly, the Pirate King cleared his throat and said, “Now, Captains, that is my plan. Exterminate the pixies once and for all and take over complete control of this world. What say you all?”

For a long moment no one spoke or moved or even looked at the Pirate King, and then the newly appointed Captain Jack shouted. “Wonderful idea. Love it. I say we all get out of here now.”

“What,” Concord asked in a questioning growl.

“I mean,” Captain Jack said to the King. “The faster we leave this meeting of ours, the faster we can get on with the said extermination of those fluttering little glowing strumpets. And the less chance there is of one of us getting shot next.”

All the pirate captains then glanced around at each other and then all at once they shouted, “Yes. Yes! On with it. Exterminate the pixies!”

The Pirate King was delighted by this.

Later that morning the Pirate King stood on the deck of his floating flagship and addressed all the pirates on all the ships and all those working in the mine pits below and told them of his grand plan for war, domination and the obliteration of all the pixie races of our world. He ended his grand speech by throwing his arms wide to the masses and billowing aloud, “READY MY FLEET! TO WAR AND THE ANNIHILATION OF THE PIXIES!”

This was met with thunderous cheers, as all the pirates on all the ships and all those in the pits below shouted and applauded the Pirate King and his plan. Then the drums began, and all began to chant and sing, “Exit light. . . Enter night. . . Off to Never-Neverland!”

So this is how the war for the conquest of our world and the extermination of the pixies began, with thunderous cheers and dark song. . .